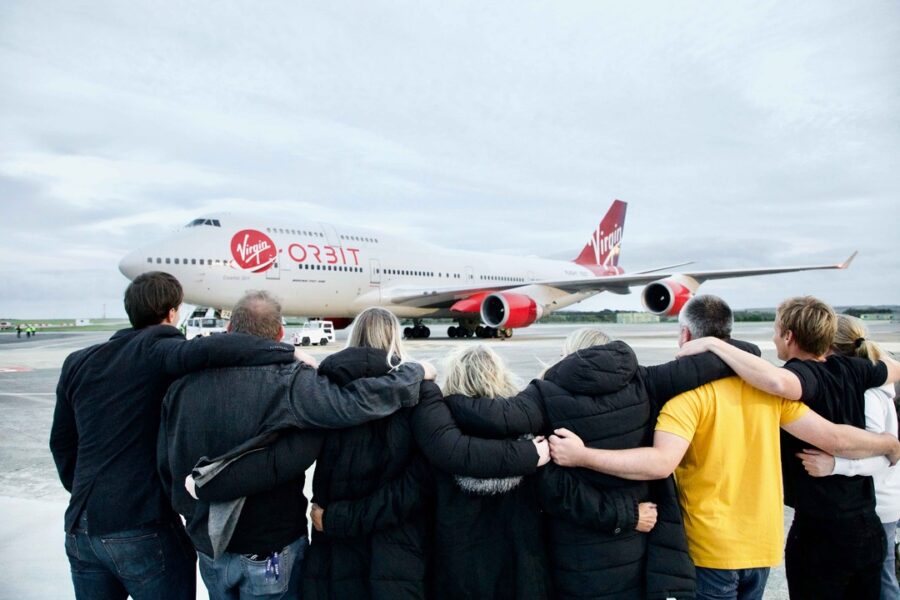 It has been a turbulent year for Planet Earth.  Over the past 12 months I have been in meetings or at events with the most incredible humans from the public, private and charitable sectors speaking about how their organisations are on the front-line of the housing crisis, homelessness, equality, poverty, abuse and humanitarian responses to the war in Ukraine. I am humbled to be in their company, and often find myself wondering how Spaceport can do more.

We are well underway in creating jobs locally, generating economic growth and revenue for Cornwall Council and inspiring young people. But beyond these metrics, we feel that this project adds a bit of hope, positivity and aspiration to the people of Cornwall and beyond. We also believe that if our first launch is a sign of what we will be launching over the years, we will be helping solve some of these issues on Earth, from our satellites in Space.

We are so close to launch. Looking back is such an important tool in reminding yourself of how much has been achieved, but looking forward, with confidence is what I am really here for!

Looking to 2023, we are not taking the foot off the pedal. We will get the UK to space. Which is why we are here. But, we will also continue to do the wider activity that we have been doing for the past eight years. Getting out into the community, bringing more people to site, being a voice for positive change in the launch industry, considering our environment and the people here on Earth.  Next year we will kick-off our new Sustainability Steering Group, as well as a cultural programme reconnecting Cornwall’s creative industry to space. We have a new facility to open, new space and satellite companies to move onto site, a satellite-build to finish (Kernow Sat-1), and many more children across the country to inspire.

To achieve what we have this year, and what we will in 2023, it comes down, as always, to our Purpose: Space for Good.

As a child of the 90’s, and a Canadian one at that, I often think back to the ice hockey piece de resistance of a movie, the Mighty Ducks.  A story about underdogs that people laughed at because they didn’t fit the mould.  But they succeeded through pure teamwork and a desire to achieve their purpose, not to just win, but to do it in a positive way. Ducks fly together. From the outside my small, but mighty team, do not look like your average space team and we have been laughed at and disregarded. But we have overcome huge professional adversities, as well as personal ones, because we have flown together. I was fortunate to be asked to do a Ted Talk this year, and the theme was making space a kinder domain. I said that for too long kindness has been seen as a weakness, and this is incorrect. Kindness is a superpower.  My team epitomises this. They have delivered time and time again, against huge expectations, pressures and limited resources. And they have done it all, while remaining kind. This is Space for Good.

I would like to finish this review with a cosmic – sized thank you to all of those who are working tirelessly to get this launch over the line.  The real Kernowfornians from Virgin Orbit who have brought their amazing operation across the pond and embraced our Spaceport and the Newquay community wholeheartedly! Our colleagues at Cornwall Airport Limited, Cornwall Council and Goonhilly. To the CAA, UKSA, DfT and MoD for the UK Government guidance and support. Kier, MWJV, Bassaire, OpenReach for creating world-class facilities. Our friends at Halo PR, Leap, Design 79, Logical Choice for being a huge part of our team and massively stepping up to our last-minute needs! Thank you to Canteen, Cubs and Da Bara for keeping us fed and caffeinated!

And, of course, to all of those space-loving fans who support us through it all, Thank You.

Finally, I want to thank our families. We realise the huge sacrifices a shifting launch date can mean to family life. Missed weddings, funerals, retirements (…you know who you are!), milestone birthdays and school holidays. We also know that the late nights, weekends, and endless tapping on laptops isn’t much fun to be around. But I hope that you know how much your support means, and that when that rocket goes up, you have made it happen, just as much as any rocket scientist.

I asked someone who has worked on multiple launches, about these sacrifices. They looked at me and, without hesitation, said the feeling of achieving a launch is completely worth it. We cannot wait to feel it.

Melissa Thorpe: My top moment was seeing Cosmic Girl land, and having my daughter there to see it, tears and all (as well as her bossing Steve G around – one of the few that can!)

Mandy Cosgrove: My top moment was when Cosmic Girl actually arrived at Cornwall Airport Newquay ….. that’s when it all started to feel real for me!

John Paffett: Our first Kernow-Sat Hackathon at the Eden Project. The students came with excellent ideas and  some have since had investor interest!

Phil Kinsey: Cosmic Girl landing in Cornwall and also when Carl Campbell and the Virgin Orbit team first saw the Space Systems Integration Facility and said how happy they were with it!

Steve Gardner: Cosmic Girl arriving and being told to get out the way by Robin (Melissa’s daughter) as it happened. That and the horrendous cross-wind flight with Luke Winfield (AKA White Knuckle Airways!)

Imogen Melvin: My top moment of 2022 was completing my level 3 business administration apprenticeship and gaining new skills through my course, and from the Spaceport Cornwall team, which has allowed me to get to where I am today.

Ross Hulbert: For pure pilot steez my highlight of the year has to be Luke casually saying one Friday afternoon as we were getting ready to go home: “Fancy going flying?”. It was a once in a lifetime opportunity and great experience to share with Luke shortly before he went back to Dubai to ‘drive planes’ full time. Legend.

David Pollard (struggled to pick one!):

Fritha Durham: Best memory is so tricky…But I think meeting Carl Campbell from Virgin Orbit. I asked him what inspired him to work towards a career in the space industry. His reply was one that I wasn’t expecting. He began a lovely tale of his parents taking him, as a young boy, to the Cape launch site during the Apollo launches. Carl described walking through the visitor centre in awe at the rockets, spacesuits and other space paraphernalia. He then described his disappointment of having to leave as he was living a young boy’s dream. As they were walking along the corridor to the exit an office door opened and out walked: Neil Armstrong, Buzz Aldrin and Michael Collins who stopped to speak with him… they were truly inspiring. From that moment on he didn’t think of doing anything else and knew that with hard work, determination, patience and persistence it would happen. Now, as I tell the children I meet, the space industry needs few astronauts but lots of Carls. A truly intelligent, humble, hardworking, kind and thoughtful man. Whom, even now, offers his knowledge and… ‘contact me anytime you need anything…’